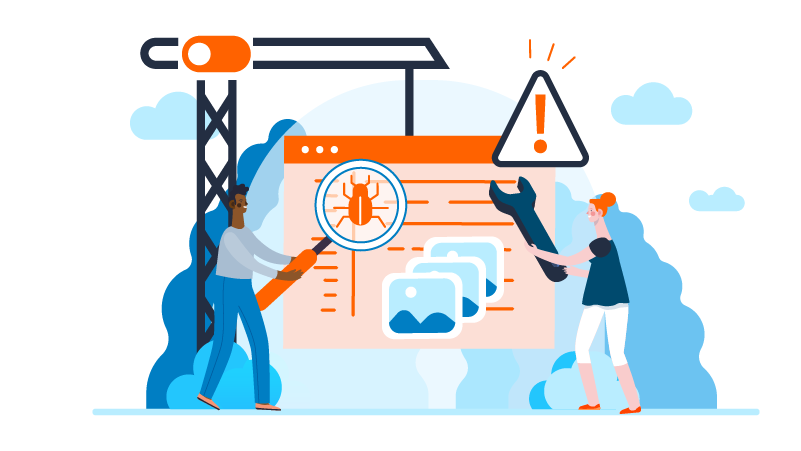 Running Jenkins in a Kubernetes cluster is a great way to enable auto-scaling of the infrastructure hosting your Jenkins Build Agents. However, when the Build Agent Pods fail to start correctly, it can be difficult to troubleshoot. In this short article we look at some simple things you can do to figure out what’s going wrong.

Our Jenkins system is deployed on Kubernetes, with both Jenkins Master and the Jenkins Build Agents running as Pods. We recently had an issue where Build Agent Pods were not starting correctly. Because of our auto-scaling setup, this led to hundreds or thousands of Build Agent Pods being created in the cluster, and the infrastructure (Nodes) scaling up accordingly. This was first discovered when we reached our Cost Cap limit on our EKS cluster. Cleaning up required the deletion of around 7,000 Pods.

It was clear that we had to identify the cause of this issue. The cause itself is not that interesting in itself, but the method of debugging is, and might help you if you are facing similar issues.

You’ve probably already done this, but you should of course start by looking at the build logs in Jenkins. Here’s what ours were saying:

Oh dear, a new Pod created every 10 seconds. It’s easy to see why our cluster was filling up with failed Pods.

So why are the Pods failing to start? Let’s (kubectl) describe them:

Our Pipeline defines a Pod that contains two Containers:

From the description above we can see that the jnlp container has Failed, so let’s get the logs and investigate why:

From these logs we can see that the connection from the jnlp Agent Container to the Jenkins Master failed. And the reason for the failure is that the server (Master) rejected the connection.

The next step in this process is in hindsight unnecessary, but it documents our troubleshooting process and might be useful for you.

We’ve established that the jnlp Container fails to connect to the Jenkins Master. One of the issues with containerized systems is that we often cannot debug what is going wrong on startup without modifying the container. That’s what we’re going to do now.

Our Jenkins build containers are defined as inline-YAML in our pipeline scripts. Let’s take an example pipeline and make the jnlp container sleep for 10000 seconds instead of completing the normal startup routine (where the connection would usually fail):

On startup, the jnlp container does not register with the Jenkins Master (as we’ve overridden the default startup/entrypoint with the command value). So the Jenkins Job finds no available Nodes and continues spawning Pods… So let’s cancel the Jenkins Job.

But we are now left with at least one Pod which is in state “Running” instead of “Failed”. This allows us to debug the connection process.
Let’s exec into the running container and try running the entrypoint. We can determine the entrypoint by looking at the Dockerfile for this image, for example:

Ok, there’s our connect command! We can now run this manually to test the connection.

We have seen that the server is refusing the connection because of “Unknown client name”, which suggests the server is not expecting the client (jnlp Agent) to connect.

We manually added a Node in the Jenkins GUI with the name of our Pod. Once this was done, running the entrypoint/Java connect command succeeded in connecting the jnlp Agent to the Jenkins Master!

We probably should have jumped straight from Step 1 to Step 3. However, Step 2 helped confirm that there are no external causes for why the Agent is failing to connect to the Master. It is just conditions in Jenkins which are causing the issue.

For more detail, configure a new Jenkins log recorder for org.csanchez.jenkins.plugins.kubernetes at ALL level.

Once done, we could see the following output in the new log recorder:

Aha! ”NoSuchMethodError” is typical of version incompatibilities between plugin dependencies!

Skipping over some details, we concluded that the error is caused by a version conflict; the “kubernetes” pluginhas a dependency on the “kubernetes-client-api” plugin. We are using fixed version numbers for our plugins, and our kubernetes plugin version was fixed at 1.29.2. Looking at the pom.xml for the source of this version, we could see that the dependency of the kubernetes-client-api plugin was for version 4.13.2-1.

Our Jenkins image had recently been updated and this seemed to have updated all the non-fixed versions of plugins, i.e. the transitive dependencies. Upon inspection, we were running version 5.4.1 of the kubernetes-client-api plugin!

The quick solution was to upgrade the kubernetes plugin to the latest version, 1.30.0. This immediately resolved the issue and jobs began running as normal again.

The long-term solution to this problem, to prevent it from occurring again, is to build our own tagged & versioned Jenkins image. Each change then means incrementing the tag/version, and so we can more easily roll back changes. This is, in other words, a “complete” Jenkins image, which is bundled with the specific plugin versions we want to use.

We hope this breakdown of our problem and troubleshooting helped you. Feel free to comment with any questions or tips on making this information better!

How to automate HashiCorp Vault OSS backups in AWS EKS

In this post we will walk through an implementation using a Kubernetes CronJob to take daily snapshots and store them in an AWS S3 bucket for safe keeping.

In this blog we'll look at how to assume an AWS IAM role from a Service Account that exists within an AWS Elastic Kubernetes Service (EKS) cluster. All provisioned with Terraform.